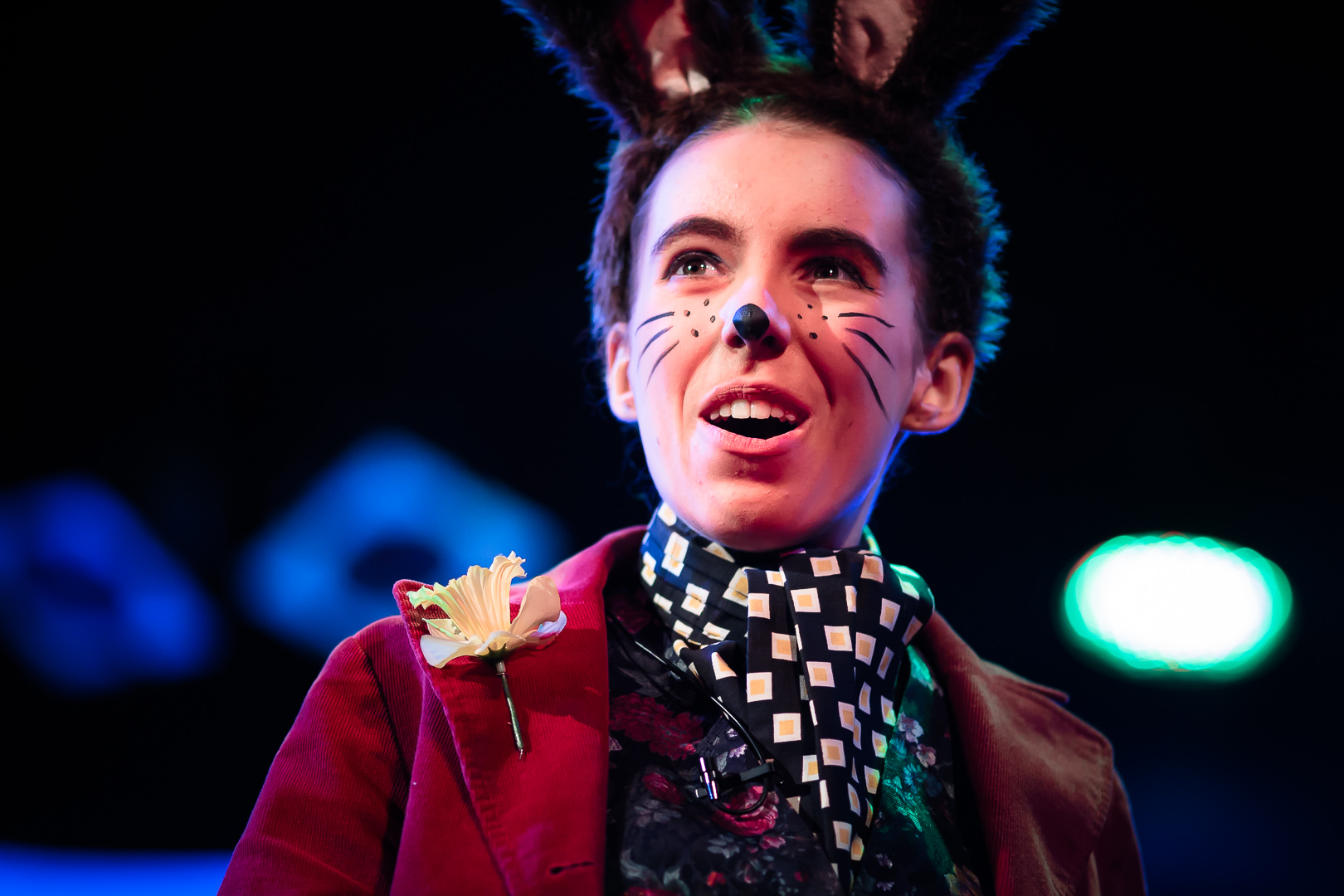 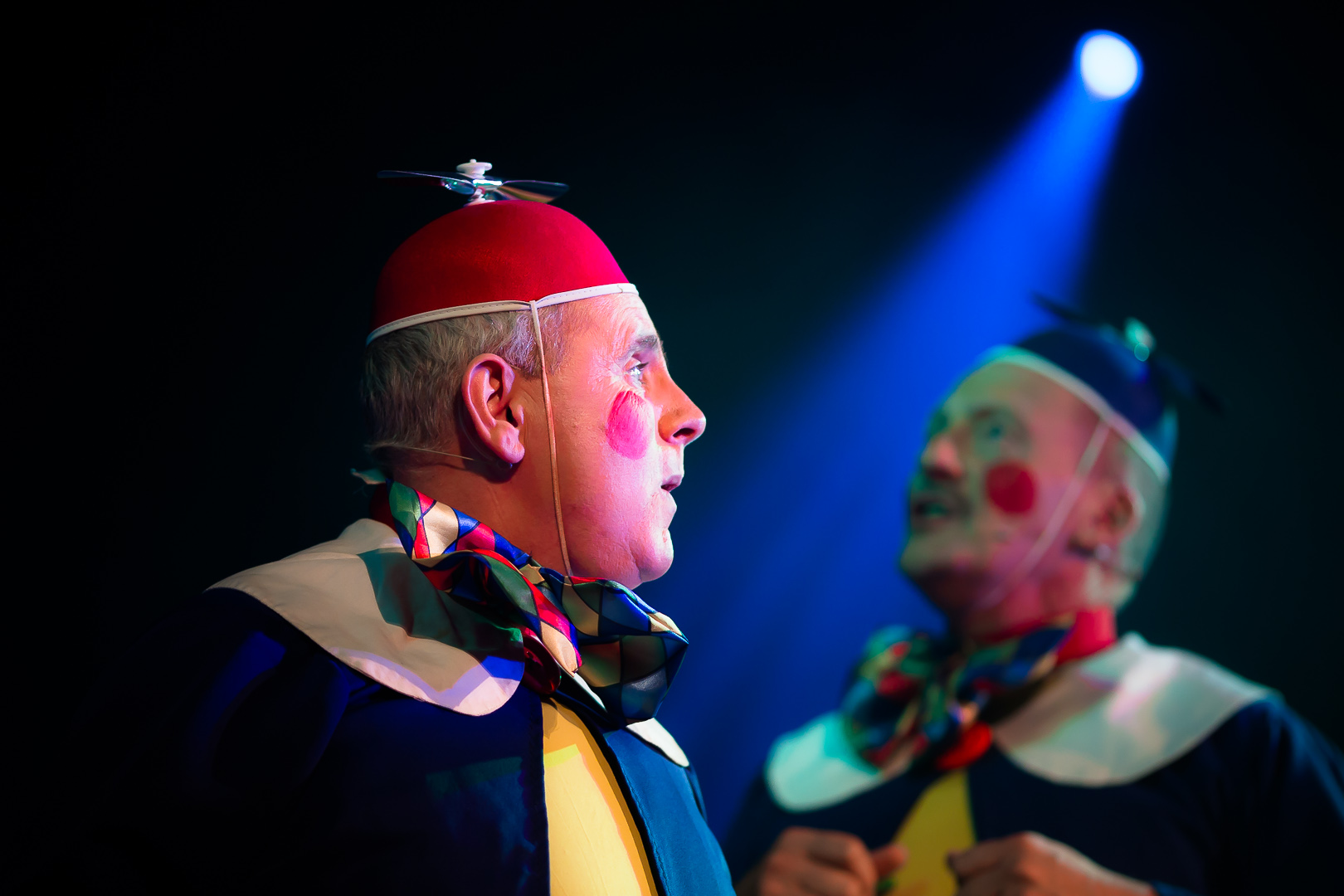 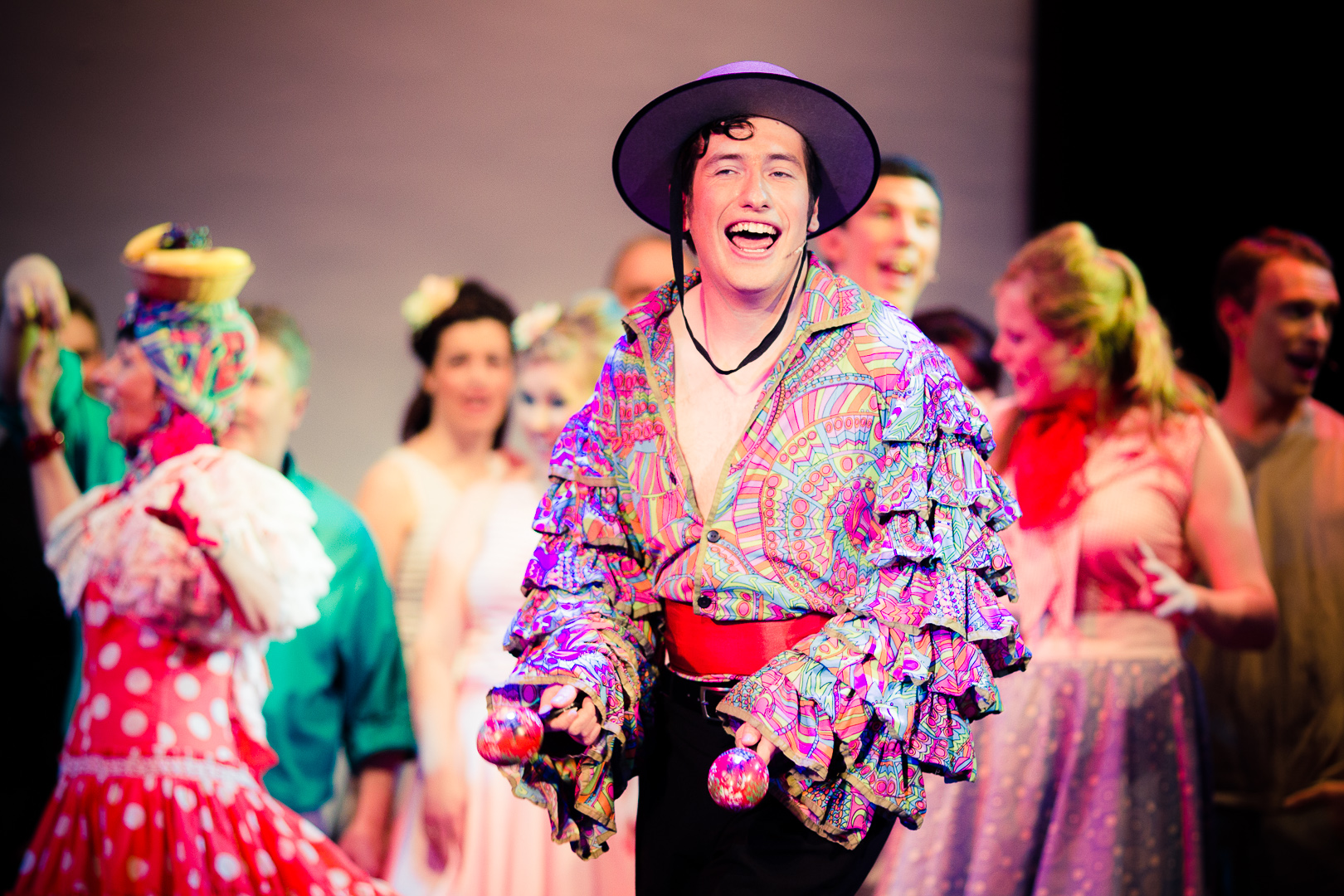 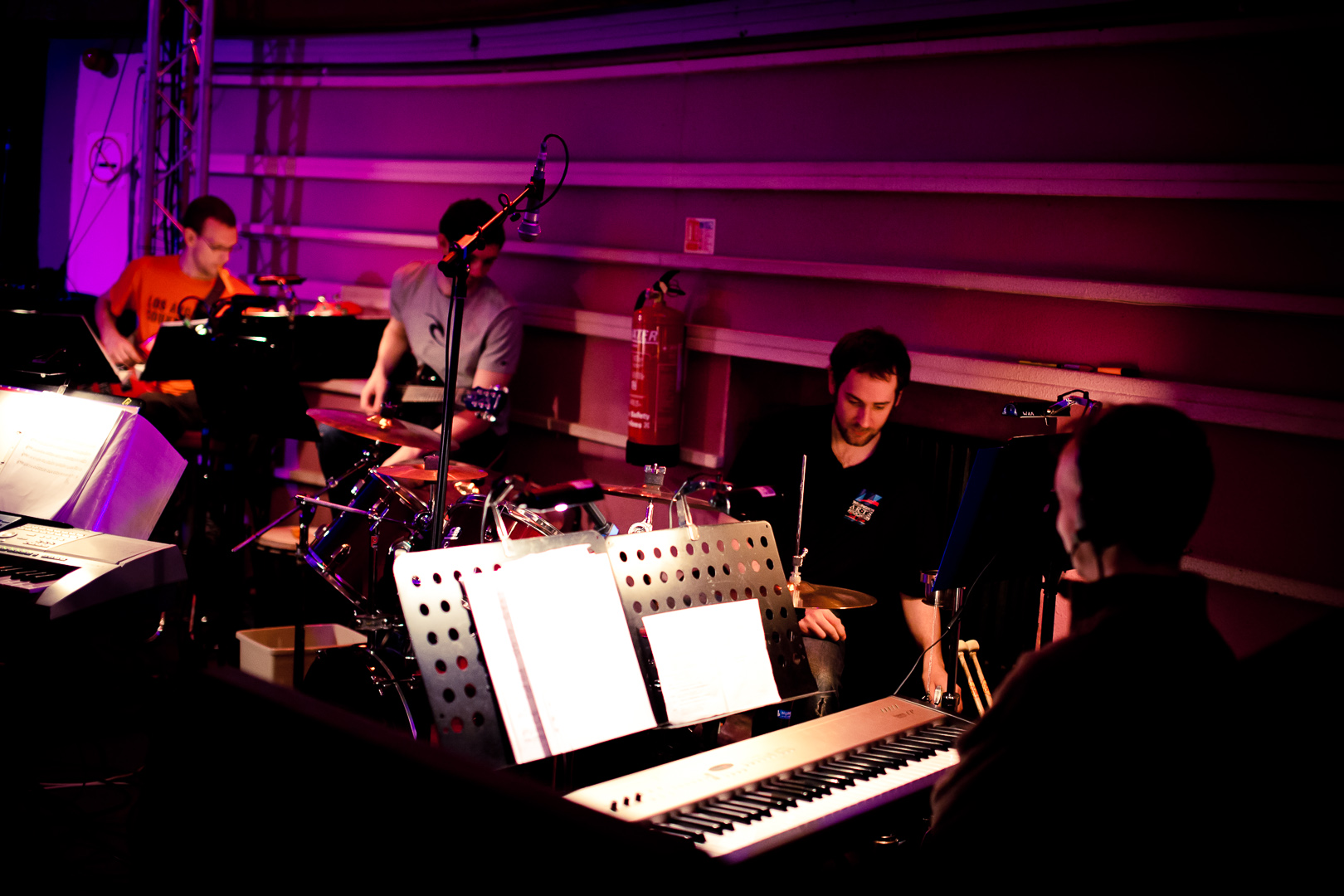 Formed in the 1960’s, the Wellington Arts Association (WAA) brings together all groups interested in the Arts in the Wellington area under one roof and promotes their activities.

It is the home of The Wellington Pantomime Group, The Wellington Operatic Society, The Civic Players, Genesis Youth Theatre Group, Spectrum Arts And Crafts, Wellington Acoustic Club and our own in house bar – The Critics Club.

The Wellington (Somerset) & District Arts Association is a registered charity and company limited by guarantee.

The management committee is made up of a chairman, vice chairman, treasurer, secretary, membership secretary, events officer, facilities manager, health and safety manager, publicity manager, a member of each of the constituent groups as well as up to 4 other committee members.

The Wellington Pantomime Group was formed as an answer to a problem. The problem being that there was no real outlet for the younger talent of the area, and following an Operatic Society production of Oliver! there was a ready pool of enthusiastic youngsters. Thankfully Geoff Goodwin and Mike Redstone had the foresight to provide that necessary outlet and so the Wellington Pantomime Group was born.

In January 1975 the first Pantomime, Dick Whittington was staged at the Arts Centre. The group continued with an annual pantomime at the Arts Centre until 1978. The early shows had no real budget, the funds were raised by a sponsored walk on the Quantocks! The first four pantomimes were played to full houses so in 1979 the group took the plunge and moved to the Wellesley Cinema. The group continued to grow, as did their reputation. These days the group is able to stretch to a significantly larger budget and their production each January attracts an audience of around 2000 during its run of 7 performances.

The Operatic Society was founded in 1962 and it’s first show was “O Ye Gods”. Since then it has entertained audiences at The Wellesley with popular, classic musicals, such as “Oklahoma”, “My Fair Lady”, “Anything Goes”, “Show Boat”, “Oliver”, “South Pacific” and “Singing in the Rain” as well as tackling lesser known shows, such as “Phil the Fluter”, “Sugar” and “Summer Holiday” and newer shows such as “Happy Days” and “Our House”, which is planned for May 2022.

Direction, Choreography, Lighting, Sound and Stage Management are now all undertaken In-House, giving opportunities for everyone to participate, whether on-stage or off.

In the Autumn the Society produces an all-singing, all-dancing show at The Arts Centre. This is always devised and directed by members and is occasionally presented in cabaret style. Shows have included “Bless ‘Em All”, “Movie Magic”, “Back to the Sixties”, “Once Upon a Musical”, “A Slice of Lennon” and “West End to Broadway”. This show gives all members a chance to shine on the smaller stage.

The Society also has a Touring Group which provides entertainment in the Community to other organisations and at other local events as part of its year round touring programme.

New members are always made welcome and encouraged to take part in all the activities the Society offers.

The Genesis Youth Theatre Group was founded in Wellington in March 1996 with the purpose of introducing young people to all aspects of the performing arts.

In the past they have performed hit plays, musicals and cabarets including Kes, Sparkleshark, Bugsy Malone and Genesis Showcases; performed as part of the Brewhouse Theatre’s ‘Fully Charged’ Festival and Somerset Fellowship of Drama’s Youth Festival; as well as writing and performing ‘Think Twice’ – a highly-acclaimed and specially commissioned drugs awareness play which toured various schools and youth organisations in the South West. The group also took part in a National Film Project in association with First Light Films, UK Film Council and Somerset Film and Video.

The group re-launched in 2006, with a new and exciting programme based around staging 2 or 3 performances each year. Members have the opportunity to get involved in all aspects of staging a production including performing, marketing, lighting, sound, make-up, costume and stage management through a variety of workshops.

The group has previously entered Wellington and Taunton Carnival, sometimes to promote the shows they are about to stage and other times just to promote the group winning several Class awards.

In 2015, the group received their first Nominations and Awards from The Somerset Fellowship of Drama, winning The Challenge Trophy, recognizing the work of the group towards their 2014 Summer Production.

To join you must be between 11 and 16 (i.e. secondary school age). The group meet between 7pm and 9pm on every Wednesday evening during the school term time. Due to popular demand and the casting requirements of performances, attendance is limited to 20. Please download and fill in the form which is available below.

The Wellington Theatre Company (previously Th Civic Players) has been in existence for over 60 years as the dramatic wing of the WAA.

In 2013 the successful production of Calendar Girls provided a platform to re-invigorate the group and to brand it as the Wellington Theatre Company.

We are always looking for new performers and assistance with productions, whether as a director, set designer, costume or prop co-ordinator. So please get in touch with us – civics@w-a-a.co.uk.

Spectrum are the art & craft section of the WAA. They meet at the Arts Centre every Monday between 2pm and 4.30pm. Talks, demonstrations and workshops are arranged occasionally, and visitors are always welcome.

Spectrum hold an annual exhibition at the Arts Centre during the third week of July.

Wellington Acoustic Club meet on the third Saturday of every month at The Arts Centre from 8.30pm until 11.00pm.

They cater for all styles and types of music, from beginners to professional in a relaxed atmosphere.

Come along to the Arts Centre bar, to listen or to join in. No charge, but donations are welcomed. and the bar is open during every meeting.

For more information about who they are and what they do, please contact Tony Woollard on 01823 660969 or e-mail acousticclub@w-a-a.co.uk or find us on facebook: http://bit.ly/musicClub

A Shout Out To Our Web Host

We host this website with a company called 34SP.com which is based in Manchester.

For many years they have supplied us with WordPress Web Hosting for free! They never charge us a penny, and we’re incredibly grateful.

The level of service is no different to a normal customer… any time there’s a need to contact them, they are always very helpful and resolve issues quickly.

We just wanted to say thank you to them and give them a little shout out.

We’re always happy to hear from people. Please feel free to contact us!

Thank you so much for the Email!

Your message has already arrived! We’ll contact you shortly.

Drop in for a second